These last two weeks, when I’ve put myself in yoga postures, I’ve found myself mentally traversing the streets of inner-western Sydney that I used to frequent. I’ve travelled mentally down King Street in Newtown, and down various side- and backstreets I wandered; through Darlington and Redfern; up and down Glebe Point Road. I’ve also found myself mentally inhabiting my various bedrooms and lounge rooms in Sydney — particularly those from my last two houses there. It’s an odd experience.

Up until a few weeks ago, I’d not been on the floor for yoga with any kind of regularity, and it seems that being back in my physical body now that I am yoga-ing every day again is putting me back in those places I spent lots of time in. It’s not really like reliving particular memories — although my memory of those places is obviously necessary for the experience. There’s no such specificity. Instead it’s like I’m wandering through those places anew; a mental experience that’s no doubt cobbled together from various more specific memories. It’s like a waking dream.

There’s a sadness to it, a missing. But it’s a missing without longing. Not at all like the way I miss the various important people it’s now much harder for me to see.

It’s almost as though my mind is taking me slowly through the various places that have been important to me — or at least places I went frequently — so that I can let those memories settle and get on with things here.

The strangest part is that these mental journeys only happen when I’m doing yoga. Not when I’m going about my day, not when I’m lying in bed at night trying to sleep, not when I go for a wander in the nearby park. Of course, the mental and emotional sorting that yoga seems to encourage is half the reason I do it in the first place, so it shouldn’t surprise me that the practice is bringing up all this stuff.

Melbourne and Sydney are compared with one another an awful lot, and I don’t really have anything to add to that conversation, except to say that they’re very different places and that each has its own list of pros and cons. But in a way this is a process of comparing my physical experience of them in my own mind. I had a conversation the other day with a friend on Twitter about my missing of Sydney’s farmers’ markets. There are, of course, plenty of farmers’ markets in Melbourne — a number of them a short way from my house. I said to my friend that none of them were quite the same, and while this is true, I think that what I was really trying to get at is that I’ve not yet settled here into the familiarity I had with where the markets in Sydney were, how to get there, what I might find there. Of how those places fitted into my life, or how my life fitted into those places. And this, really, is indicative of where I am with the move on a larger scale. Despite the familiarity of Melbourne itself to me, and despite my fondness for it, I’ve not yet figured out how my life fits in here, of what it is that this place means or will mean for me this time round.

Then I remember that I’ve only been here for just shy of four months and my not feeling completely settled makes a lot of sense. Before we left, a few people said to my housemate and I that it had taken them six months to a year to feel settled in a new place the last time they made a big move, and now I come to think of it, it probably took me that long to feel settled in Sydney when I moved there from here five years ago. So I’ve got a way to go yet, and probably a few more mental journeys through Sydney’s streets to take. In the meantime, it’s awfully interesting to watch those mental organising processes, if that’s what this is, occurring.

And as for the markets question, there are a few contenders that I think I might warm to over the next few months. Here are some shots I took the other day at Collingwood Children’s Farm, which has a market every Saturday that I’ll get to for the first time this coming weekend. (CCF is a city farm, which none of markets I frequented in Sydney were — it’s rather lovely.) 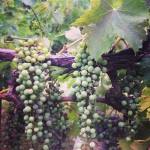 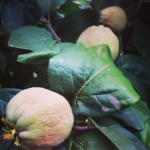